Ola Kolehmainen’s new exhibition at Galleri Brandstrup, Oslo, is a multifaceted exhibition in the field of photography titled ‘It Never Entered My Mind’. Kolehmainen lives and works in Berlin, Germany, but achieved a Master of Arts in Photography at The University of Arts and Design in Helsinki. By continuously using architecture as an initial point and basis of inspiration, Kolehmainen has created a full and comprehensive oeuvre. His works show different studies and examinations of space, light and color, question our ways of seeing things.

In the exhibition ‘It Never Entered My Mind’ buildings from different areas, cultures and religions unifies a common history throughout two millennia. From ‘Pantheon 128 AD’ to the newest buildings portrayed in ‘Alchemy’ by Sauerbruch-Hutton architects built in 2010 and ‘Villa I’ from Alvar Alto’s iconic Villa Mairea, dating, from 1939.

The inspiration for ‘It Never Entered My Mind’ began with Kolehmainen’s continuing admiration of ancient art and architecture, with an interest for a continuum of traditions whose ‘echoes’ can be seen all around us. Regardless of our chronological viewpoint, these layers overlap and parallel, working in a cyclical rather than a linear way of which inspires new creative working. For several years, Kolehmainen has been interested in how traditions are being shared between artists and architects, with an underlying question of influence and heritage passed through generations.

Kolehmainen’s art is studies of architectural as well as social constructions. In ‘It Never Entered My Mind’ his work with the major Abrahamic religions Judaism, Christianity and Islam, Kolehmainen focuses on how, despite fervent discord and vigorous intellectual debate between them, inspired art, culture, and science over 2 millennia. It has been suggested that the phrase, "Abrahamic religion", may simply mean that all these religions come from one spiritual source. Throughout history, their places of worship are renowned as some of our greatest accomplishments; from synagogues to mosques, churches to mosques. Kolehmainen’s works remind us of commonalities and layered, or shared, histories- emphasizing the universal nature of the sublime, irrespective of culture or religion. 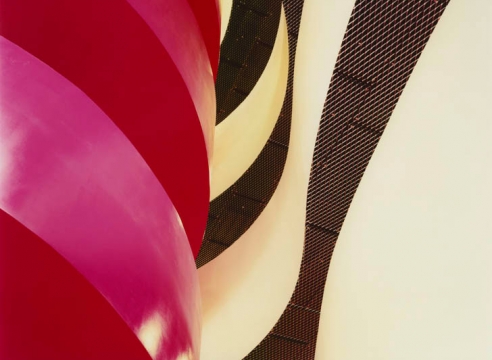