Bjarne Melgaard (1967, Sidney, Australia) attended the Norwegian National Academy of Fine Arts, before moving on to The Netherlands to complete his studies at the Jan van Eyck Academie in Maastricht, and Rijksakademie in Amsterdam, thereafter. Melgaard has since lived and worked in Poznań, Warszaw, Maastricht, Antwerp, Amsterdam, Sydney, Brussels, Copenhagen, Berlin, Barcelona, and New York before moving back to Oslo in 2017.

His art belongs to a long tradition of expressionism, which can be traced back to Melgaard´s spiritual mentor, Edward Munch. The expressionist movement broke with the existing artistic conventions with its depictions of inner tensions and conflicts, instead of solely conveying outer realities. Melgaard first appeared on the Norwegian art scene in the mid 1990s at the height of the neo-conceptualism. Chaotic and expressionistic paintings, sculptures and installations floating between fiction and reality dominated the art scene. He drew inspiration from Jean Dubuffet and Art Brut, as well as from self-taught outsider artists such as children and the mentally ill. It was at this time that the artist developed his characteristic visual vocabulary, where every brush stroke is applied with feeling and sensuality, which occasionally can nearly result in abstraction.

During the 1990s Melgaard immersed himself in the world of black metal and absorbed their fight against authority, Christianity and society at large. His work further gravitated towards violent expressionism, where the artist took on a role as an “invisible third party” in an array of acts of sex and violence. Melgaard compeared this process with prostitution and considered his works as a “hooker” or “slut”.

Melgard is an expert of seducing the spectator into a maze of complex, exaggerated and destructive layers of stories, within which he transforms his paintings and installations to otherworldly marvels, often with the aid of powerful words and simpler single line illustrations. Feelings of desire and inner demons congregate within his work, which has been known to cause extreme reactions in the viewer. Melgaard a straight forward passionate painter, by allowing himself to embrace ideas, and instinctively apply them in his works. Through his art, he constructs dreams and fantasies, with associations to reality for example by incorporating photos from magazine clippings directly to the canvas. With the use of words or fragmented sentences, he balances illustrative visual elements with the use of sound, which has an overwhelming effect on the spectator.

Throughout his career, his work has been a steady flow of real or imaginary stories, where the media he uses, from drawings, paintings, and sculptures to installations, books, and catalogs, all revolve around issues of prejudices, and the desire for individual and total freedom. Through his art he questions the definition of normality, the reasons for social exclusion, conformity, and authority. He tackles the conformism of society by taking into force subjects such as drugs, torture, violence, racism, sadomasochism, and death along with distorted characters and provocative texts. Throughout Melgaard´s carrier, the viewer is confronted with persistence and repetition of this raw expressionistic style. In his visual chaos, with layer upon layer, single-line figures and scribbles the spectator can see and feel the emotional intensity in each brushstroke of his artistic process.

Melgaard´s works are a part of permanent collections such as the MoMA in New York, the MOCA in Los Angeles, the Stedelijk Museum in Amsterdam, the Musée d’Art Moderne et Contemporain in Strasbourg and the Moderna Museet in Stockholm, Astrup Fearnly in Oslo and many others. He has participated in the Venice Bienalle (2011), the Lyon Biennale (2013) and the Whitney Biennale (2014). In 2013/2014 the Astrup Fearnley Museum in Oslo opened an exhibition, curated by Gunnar B. Kvaran and Therese Möllenhoff, presenting works from the past 20 years and representing all periods of Melgaard's œuvre. In 2010, Astrup Fearnley Museum also exhibited the retrospective exhibition Jealous. In 2015, the Munch Museum Oslo displayed the show exhibition Melgaard + Munch - The end of it all has already happened. In late 2016, Skira Rizzoli published the first comprehensive monograph of the artist’s career. 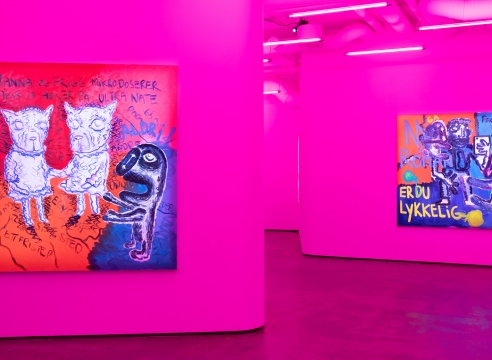 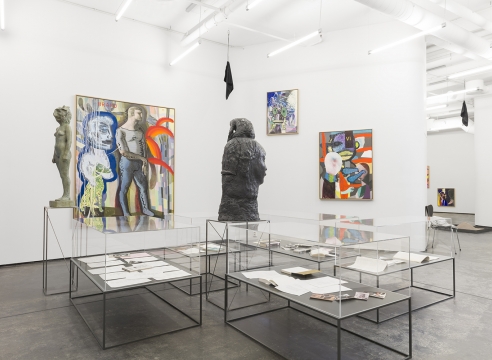 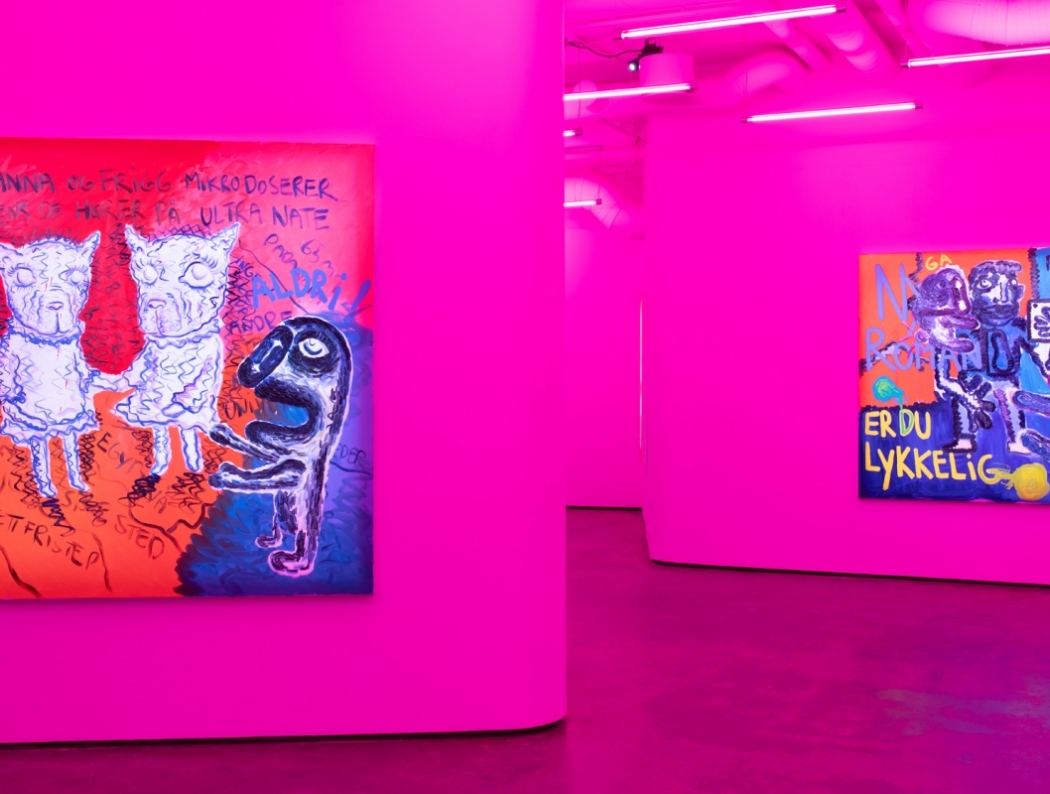