Krona Center for Culture and Knowledge is based in Kongsberg, Norway. Krona Cultural and Educational Centre is a modern building in Kongsberg's oldest district. The building houses three schools, two cultural halls, three movie theaters, public libraries, academic libraries, a cafe and offices. Through the common area of the building is a staircase that serves as the passageway interconnecting the public space, utilized by a few thousand people during the course of a day. It soon became clear that this area was naturally inclined to develop as an artistic workpiece that could be recognized and experienced by the building's visitors.

The work "A Monument of Mines" by American conceptual artist Joseph Kosuth connects the modern architectural expression of Krona Cultural and Knowledge Center with Kongsberg's unique historical position in Norway, as a center for silver mining. For centuries, this was mining a backbone of Norwegian / Danish economy. The installation is integrated in the walls of the atrium common area, and consists of 136 neon elements with the names of all the silver mines that once were in Kongsberg, as well as the year for each closure. This makes installation a monument to the mines and the city's history, which included visitors through the building, from the first to the sixth floor. We worked closely with Code Architects throughout the project.

The oil painting “Native” (2015) by Bjørn Båsen shows a landscape of mines in silver, a subject inspired by Dick Gibbon’s poem “Sully’s Bucket”. Båsen works with a variation of different mediums, such as drawing, textile, sculpture and painting, but common for his works is a bourgeois aesthetic with his own personal mythology, often with a submerging sense of uncanniness. “Native” is a site-specific artwork, where Båsen wanted to create a new framework for Kongsberg’s history as an international center for silver mining.

“Native” is a polyptych combined by seven canvases showing a surrealistic landscape where the opulent material of silver is mixed together with the melancholic poem. The poem «Sully’s Bucket» was written in the 1920’s, where the plot revolves around a mining accident in the state of Montana, USA. The eight-parted poem is created as a relief on the surface of the work incorporated in the painting and revealed only by light.

Josefine Lyche has grown up in Kongsberg, and has created a site-specific light installation for Krona Center for Culture and Knowledge. The installation «PHI (Fibonacci Sequenced Rainbow and the Golden Tree of Life)» (2015) shows the colors of the rainbow in a scale divided on the basis of Leonardo Fibonacci’s sequence of numbers. By this, Lyche is referring to the “magic” of math as the site is a knowledge center housing libraries and schools.

The principal of the Fibonacci sequence depends on the chosen starting point of the sequence, and each subsequent number is the sum of the previous two. The sequence ends in PHI (1, 618033) or what is referred to as the golden ratio. Lyche is taken with how the sequence is both a reference to how the world has been, how it is now and how it is going to develop in the future – and how these time dimensions are connected. 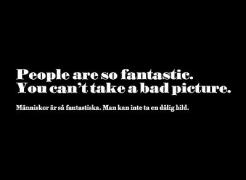 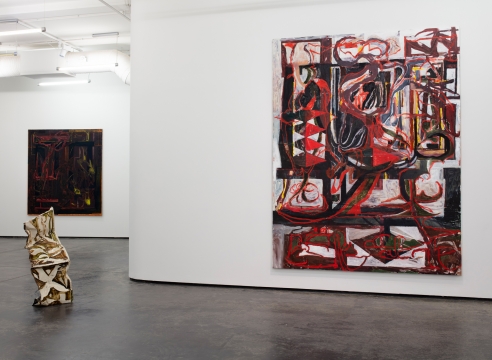